The cast, crew and staff from USIU-Africa pose with the award following their win at the 9th edition of Kalasha Awards. The award is the 43rd won by the School of Communication, Cinematic and Creative Arts in the past year.

By Rachael Diang’a and Brenda Odhiambo

USIU-Africa was one of the big winners of the night at the 2019 edition of the Kalasha International Film and TV Awards, held on November 30 at the Safari Park Hotel, Nairobi after one of its student- produced films, Unbalanced, won the Best Student Short Film award. The movie depicts how university students struggle to maintain a balance between their studies, relationship and work all at once. It also draws attention to the typical life of a university student.

Speaking following the receipt of the award, Kevin Osoo, director of the winning film, thanked the University for the support it gave its students in the development of their cinematic talents.
“Winning a prestigious award like the Kalasha is a dream come true for us as students, because it shows that we can produce more world-class productions that can be showcased at a global stage. We would like to thank our lecturers as well as our fellow students at USIU-Africa for the support that they have given us thus far, which ensures that we always emerge as the best at what we put our minds to. This award is the forty third award we have won over the course of the past year, “he said.

In addition to the nominations, USIU-Africa was also represented at the black-tie, invite-only awards ceremony through the participation of one of its faculty, Dr. Rachel Diang’a, who was part of the eight-member Kalasha Academy, who were in charge of the selection of the winners. Dr. Diang’a was nominated to the Academy by the Kenya Scriptwriters’ Guild, of which she is a member.

Kalasha, now in its 9th edition, is the most prestigious Film and TV Awards Ceremony in the region and is hosted by Kenya Film Commission to award talent in the film, animation and gaming industries. This year, the awards were also supported by the digital Television Company, StarTimes who through StarTimes ON, enabled the viewing of and subsequent voting on the shortlisted films from 4-20 November, 2019. 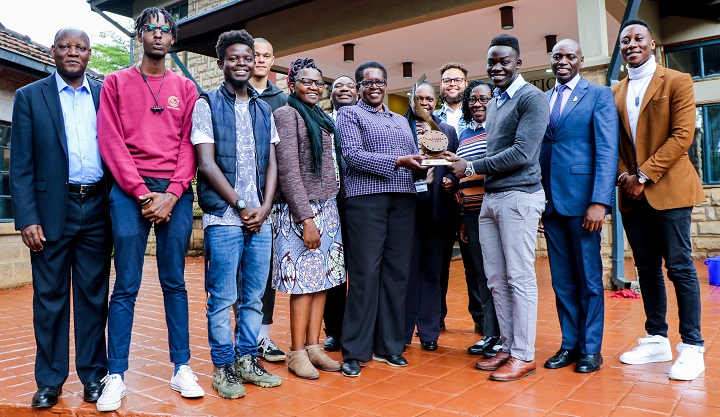 The cast and crew of Unbalanced present the trophy to members of the Management Board. The film was one of the six productions nominated at the 9th Kalasha awards. 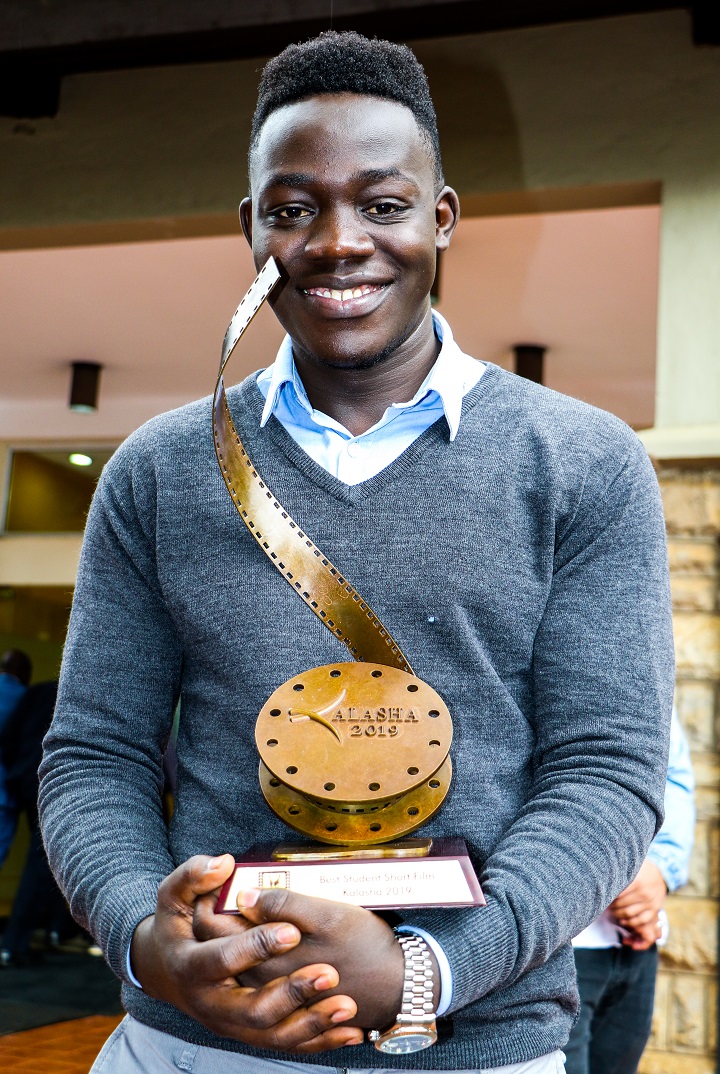